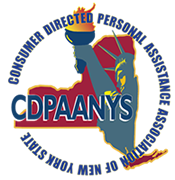 The Department of Health just announced that they will be holding an additional public comment forum for the Medicaid Redesign Team II in New York City on Monday, March 2 at the John E. Reeves Great Hall at Fashion Institute of Technology (FIT), 218 W 28th St NY, NY 10001. This is your LAST CHANCE to speak directly to the people who are reshaping Medicaid and targeting CDPA for massive cuts.

This public forum wasn’t supposed to happen. The final one was scheduled last Friday in Albany. This meeting is happening because the one that took place in New York City on February 14 was announced with less than 24 hours notice, and advocates pointed out that this made it inaccessible. You spoke, they listened.

The fight isn’t over. Come make your voice heard – tell the MRT II panel what CDPA means ot you and what would happen to you if they follow through on their mission to slash the program. We’ve come this far – let’s keep up the work to #SaveCDPA!